Ep.88 – Dead Ahead - All Roads Lead to DEATH and REVENGE 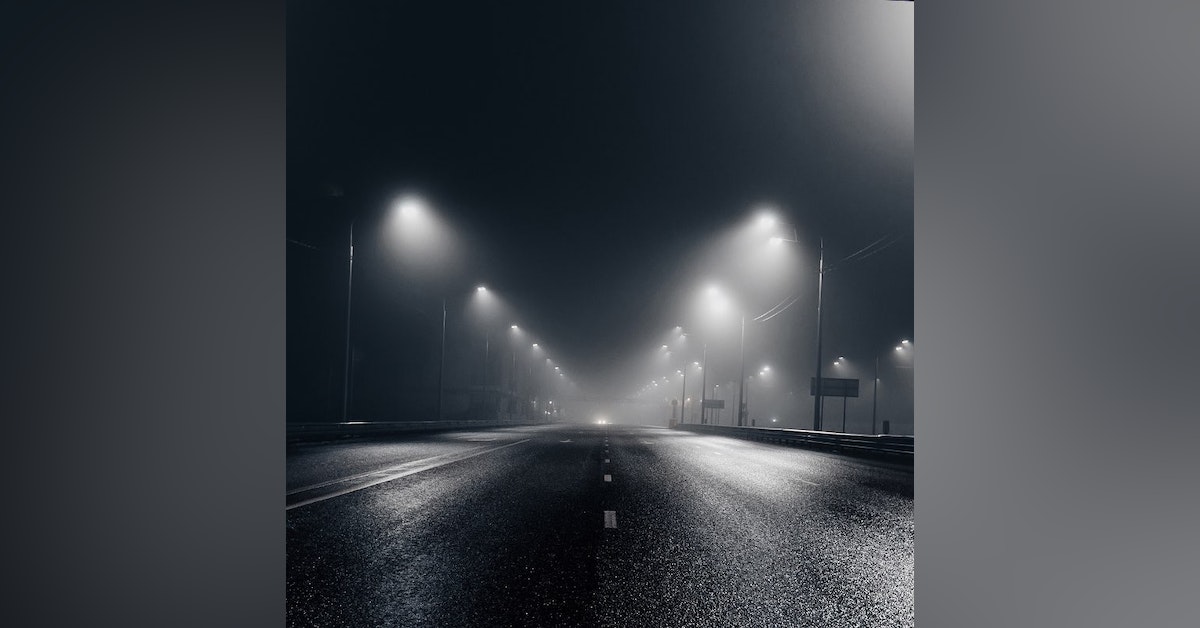 A late night drive goes deadly wrong, but now with the help of some black magic things could go from dead to worse.

Dead Ahead by Joe Solmo

Becca came out of it as they neared the car. Tom threw the shovel and flashlight into the trunk and walked around to the driver’s side as Becca stood there, trying to make the image leave her mind.  “What’s wrong with you?” Tom asked. Becca looked towards the shallow grave with a look of disappointment before turning back to Tom. Was she going to actually get back into his car after what he said? She looked at Tom and saw her father’s face. She tried to shake that image. This time it was different, this time it wasn’t self-defense. Just Tom being an asshole. She had her doubts that he would actually hit her.  A twig snapped in the woods and both of them turned towards the sound. In the darkness something stirred. “Who’s out there?” Tom called. The only response was the sound of a heavy footfall. Becca’s hair started to stand on the back of her neck and she got an uneasy feeling. She tried to get in the car, but it was locked. “Tom?” she said unevenly. Tom didn’t answer, his eyes transfixed on the image before him. In the flashing lights from the passing cars on the highway Becca caught a glimpse of the man approaching.   Another loud footfall from the man, as he dragged behind him the broken leg inside the bloodstained pair of sweatpants. Becca looked on in horror at the twisted neck and the head lolling to one side. Did it actually work? “Tom, open the door. Let’s get out of here,” Becca said, second guessing what she had done. It looked so wrong as it moved towards them. “One sec babe,” Tom said and pulled out the pistol he kept tucked into the back of his jeans. “I think this asshole wants to play.” “TOM! Unlock the fucking door,” she begged as fear tears started to flow. Her heart was pounding in her ears.  Tom took a step closer to the reanimated jogger. “That’s far enough, asshole. It was an accident. I am sure you can appreciate that. Let’s go get a beer and talk this over,” Tom said aiming the pistol at the joggers head. “Tom. He won’t listen!” Becca yelled in fear. She ran to the trunk of the car. Luckily Tom had not shut it, and she grabbed the shovel. Beside the shovel in the truck was a hunting knife. She tucked the blade into her belt and hefted the shovel as she came around the car. Tom came into view just in time for her to see the jogger lunge at him, he fired a shot off. They fell to the ground, the jogger on top, his head flopped around as they struggled, but its hands were wrapped around Tom’s neck. She cried out and ran over to help. She swung the shovel and hit the jogger in the back, to little affect. A few more swings made no difference. In her frustration she threw down the shovel and kicked the jogger, who fell off the side of Tom, but didn’t let go of his neck. Becca could hear Tom trying to gasp for air. She grabbed the jogger’s arms and tried to pull them off of Tom, but the grip was too strong, Tom was going to die. She did this, she called the revenant back from the grave. She should have known better. The witchy bullshit was going to kill Tom.  He could no longer say she didn’t do shit with it. Just then Becca had an epiphany. Tom was going to die. The thing was busy with Tom! She scrambled into Tom’s pants pockets and found the car keys. She jumped to her feet and ran to the car. She fired up the engine and threw it in reverse. With a final look at Tom, who was now still, she punched the gas and backed towards the highway.  Tom never let her drive, but she had seen it enough to figure it out. The car bounced over the uneven ground as she sped in reverse towards the lights behind her. Once she was on the side of the road, she spun the car around and threw it into drive. She pulled out onto the highway cutting off a truck who blared its horn at her. She opened an energy drink Tom had bought earlier but left on the seat unopened and took a swig. There was going to be a new Becca now. One who took no one’s shit.

Later that evening Becca sat at the small motel table in her room. She was going through the loot they had accumulated over the past year. She found a bag of cash that she didn’t know about and had just finished counting it. Twelve thousand dollars was a lot of money. More than she had ever seen. Why did Tom always tell her they were broke? There was a bang on the door. It must be the pizza I ordered, she thought and rose from the chair. Another bang on the door before she could reach it. “I’m coming,” she called out, grabbing a twenty from the table. She was going to tip big, why not share her good fortune? She opened the door and dropped the cash. Standing on the other side was her father, and the jogger.  “No,” her mouth formed to say, but no noise came out. She took a step back into the room in horror of what she was looking at. With arm extended they entered, grasping for her. “No! Why are you here? Tom was driving!” she said to the jogger then looked into her father’s dead eyes. “You deserved what you got, you son of a bitch! There is no revenge for you,” she said in defiance. Becca was a new woman and wasn’t going to take shit from her father alive or dead. She reached behind her and pulled the hunting knife out of her belt. The revenants charged her knocking her back onto the double bed with their mass. She could smell the grave on her father as he climbed on top of her. There wasn’t enough room for her to swing the knife. In desperation, she moved the blade between them. She turned the tip downwards, towards her own chest and plunged it in. She didn’t want her father to get his revenge, he should suffer. She smiled as the pain flooded her. She felt herself getting weak and with a last act of defiance, spit blood into her father’s face before succumbing to her wound.