Ep.37 – People Can Lick Too - Slithering Revenge That Bites Back! 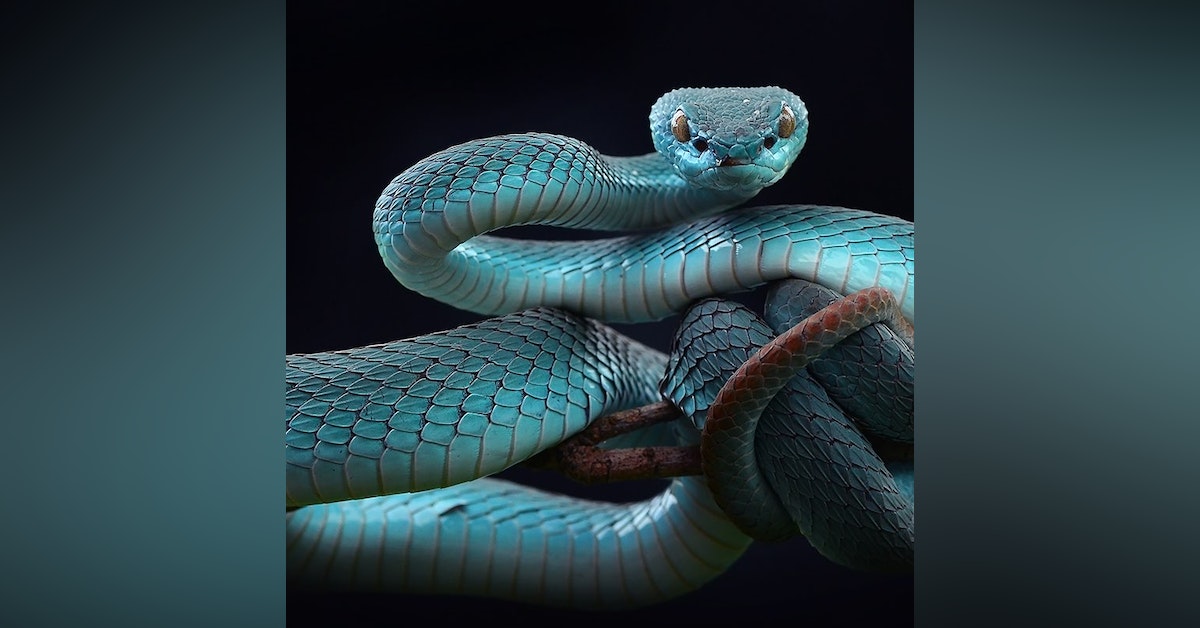 After betraying his ex-girl a young man discovers that there truly is no fury like a woman scored!

People Can Lick Too by Rob Fields

Funny thing . . . Ever since that day, Jensen had really been acting strange. She seemed more possessive now. She didn’t wait for me to ask her out anymore. She’d come and approach me for dates. She even got more aggressive in the bedroom. She’d gotten to the point to where she would actually grab my hair or run her nails down my back when we’d fuck.  I was on my bed and kept thinking about everything that had happened that day in the lab with Silvia and her snake. I let my arm drop off the bed. When I felt something wet brush across my fingers, I gasped and quickly got off the bed and stood at the doorway. A few seconds later, I saw the head of my dog rise from the other side of the bed.  “Jesus, Sparky!” I got back on the bed and let my German Shepherd climb up and lay down with me. Then I scratched his head the way I knew he liked it. “Crazy dog, always underneath my bed.” But no matter how many times Sparky was underneath my bed and licking my hand, I could never forget how Silvia’s eyes just kept burning through me whenever we crossed paths on campus. She said she’d get revenge on me for killing her snake. And now I also had to deal with Jensen’s possessiveness. The last time Jensen and I fucked, she grabbed my hair and literally slammed my head into the headboard. Then she said something that was also hard to forget.  “You’re mine, Zach! You’re mine and mine alone! Don’t you ever forget that!” I swear she looked so evil when she said that. I still had the goose egg from the headboard to go with the fresh scratches on my back.  “Man, Sparky, what have I gotten myself into with these girls?” I asked him. His response was to look at me and lick my hand again.

A few weeks later, I came home to police cars and ambulances. I quickly raced to the front door, but a police officer wouldn’t let me go in. He told me it wasn’t safe. In fact, Sparky was standing next to the officer. Then I saw a few people who didn’t quite fit the picture. Were those . . . snake wranglers?! I couldn’t stop gulping as the officer told me what had happened.  Apparently, my parents were unpacking from their business trip. My younger sister was doing her homework. There were fucking snakes in the house! Yeah, you heard right! I practically fell to my knees when I saw three body bags being loaded into two ambulances. It all happened so fast! One second, I was talking to my parents over video chat. The next, I’m finding out I’ll never see my family ever again.  The snake wranglers ended up finding and removing twelve poisonous snakes – all from the campus zoology lab. I knew it had to be Silvia. She was the only one I knew of who had any kind of access to snakes. Then a funny thing crossed my mind. Don’t ask me why, but here was some irony when it came to my family. They actually thought the world of Silvia, but they couldn’t stand Jensen. Silvia and my sister got along great! My family never told me who to see, but they always voiced their feelings on all my girlfriends.  Silvia wanted revenge on me, but coming after my family like that? She went too far! The only way for me to stop Silvia was to confront her. I was lying on my bed, deciding how to do it. I put my hand down and felt Sparky lick it. I took a deep breath and got off the bed. I decided to get my dad’s gun. Snakes or no snakes, things were going to end with Silvia . . . tonight!  Suddenly, Jensen came into my room. She was wearing a very sexy dress and had a large purse hanging off her shoulder.  “Jensen, now’s not a good time,” I told her.  She responded by shoving me onto the bed. “From now on, you will make the time for me, Zach Jenner!” Then she was on top of me and sitting on me. “You will only have time for me now, my love!” Before I could protest, she struck and wrapped her hands around my neck. “I saw you kissing that fucking bitch in the science lab! How dare you go behind my back! I gave you my heart and my body! You’re mine! Miiiiiiiinnnnnneeeeeee!!!!!” Her hands squeezed my neck tighter. “Your family always hated me. Even your fucking sister was quite vocal to me. Your family would have separated us. I could never allow that!” Jensen let go of my neck and got off me. She quickly snatched up her purse and glared at me. “I was never good enough for you, was I? It was always about Silvia Charmer, wasn’t it?!” I stood up and looked at her with horror. “You . . . killed my family?!” Jenson raised the purse in front of her. “And now I’m going to kill you! If I can’t have you . . . no one can! And Silvia Charmer will take all the blame . . .”  When she opened the purse, a black mamba shot out and looked right at me. As close as Jensen was to me, I knew I was as good as dead once that snake bit me. Then I heard a loud bark as Sparky jumped on my bed.  “Sparky, no! Get out of here, boy!” The black mamba suddenly turned and sank its fangs into Jensen’s forearm. She shrieked, “Ohgodno!!” She dropped the purse and managed to get the snake off her, but it quickly struck again and bit her face. I quickly shot across my bed and opened my window. I got Sparky to go through. Then I followed him. Good thing we were on the first floor. I looked back inside to see that Jensen had fallen to the floor. I got out my smartphone and called 911.

The next night, I was sleeping in my bed. I woke up when I heard a loud dripping noise. I groaned and then put my hand down. As usual, Sparky licked it. I tried to get back to sleep, but that dripping was just too loud. I got out of bed and went across the hall to the bathroom. I turned on the light and screamed when I saw my dog was hanging on the shower nozzle by his neck. Sparky’s blood was dripping onto the shower floor from his wounds. Then I saw the message on the mirror – written in Sparky’s blood: PEOPLE CAN LICK TOO!! I felt my heart drop fast! I turned to see Silvia Charmer standing in the doorway now, her boa constrictor wrapped around her like a fur. “Hi, Zach. I told you I’d have my revenge for you killing Coppy.” I was speechless. I knew Jensen was crazy. Dead now, but crazy. But Silvia . . . ! Once again, Silvia’s green eyes burned right through me. Before I could say anything, she raised her leg and kicked me hard in the gut. I staggered backward and fell into the shower. I was lying in Sparky’s blood. But what really scared the shit out of me now was seeing those sickening movements in Sparky’s corpse right above me.  My eyes were wide open and I gulped hard! “That’s right, Zach! I got my revenge by killing your dog. What’s sad is that I really loved Sparky and it hurt me to have to kill him, but . . . you killed Coppy.” She produced a sharp knife, the one she killed Sparky with. “And . . . my babies want revenge, too. After all, Coppy was family. Revenge is a bitch . . . isn’t it?! This is for Coppy, you murdering piece of shit!” Using the knife, she sliced open Sparky’s stomach with one movement. I screamed like hell as a bunch of poisonous snakes hissed loudly as they dropped right on me. After feeling one snakebite after another, I knew that this was . . .  THE END!!