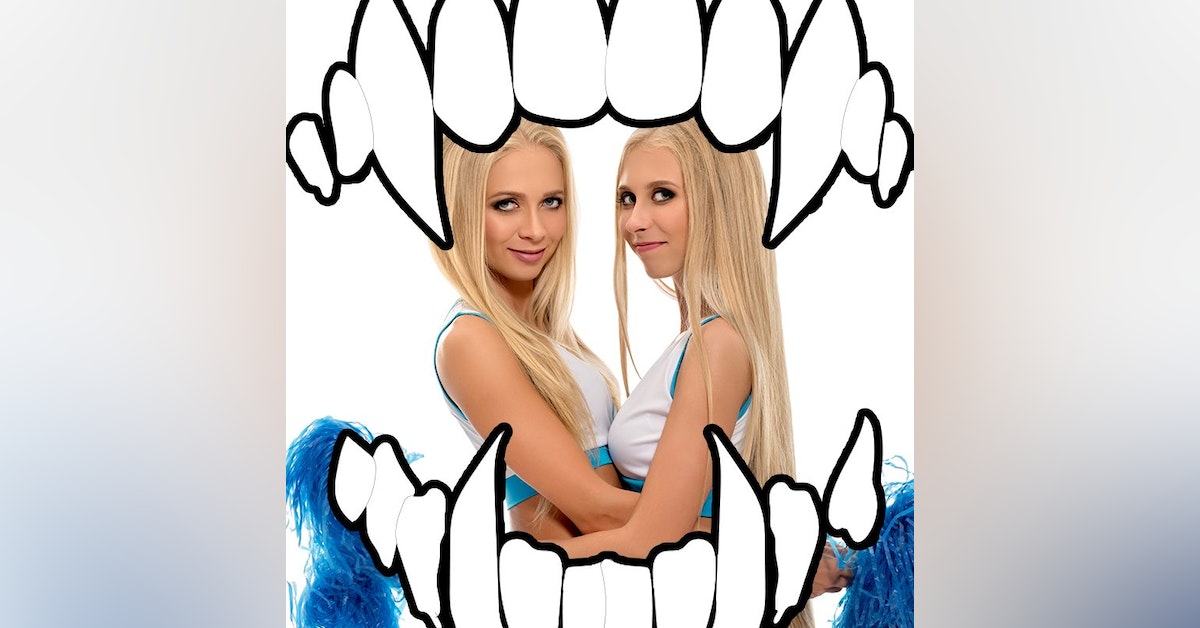 There's something not quite right about the Strickfield High cheerleading team... They've added violence, malice and blood to their routine!

The Bad Schoolgirl by Rob Fields

Well, I won’t go into every little detail about all the sappy shit. It’s two weeks later, and it’s Friday at Strickfield High School. I look at my nails that Einny polished for me.  God damn you, Einny . . .  As you can tell, I did keep my word to Einny and remained at the house. Martin was already home when I got there. He looked tired from his classes. Still, he had enough energy to come and take me in his arms. As much as I wanted to tell Martin that we were done and that I wanted to leave Strickfield, I realized I just couldn’t do that to him – not like that.  Again, part of me wished that I’d lost my emotions when I became a Master Vampire. But I love – and need – to feel, which is something very few vamps can do. Martin and I made love for the first time that night; normally, we just fuck. As for Einny, I think she pretty much knew that I was sticking around.  The next morning, still two weeks ago, Martin had to go to work and then classes. He would be gone all day. It was just Einny and me, and we went to school. Wouldn’t you know it? Both of us were called into the principal’s office.  Turned out that the talk of the school was that the cheerleading squad was permanently gone. It was in the Strickfield newspaper that something had happened to them in the woods near the south end of the village limits. Four of them were committed to a facility called Glennview, which was near North Ridgeway. As for the twins, they ended up in a special hospital over in Shore City where they would be cared for for the rest of their lives. It didn’t surprise me that their parents didn’t want to care for them themselves. Fucking rich misers . . .  Anyway, getting back to Principal Van Diest, he had both Einny and me in front of him. He pointed right at us. “I don’t know what happened with the cheerleaders, but I know . . . I know that you two had something to do with it.” I roll my eyes. “Can you even prove any of this shit? If not, go fuck yourself and let us go back to class.” “Oh, you’re both going back to class, all right!” He stood up and put his palms on his desk. He had this weird smirk on his face. “I want you two go and see Miss Temple in her office. Now! I believe you know the way, Eileen. You can take our new student here to meet her.” When Eileen got up, I was a bit reluctant. I wanted to see what else this shitheel had to say. When he told me to get going, I got up. Before we left, I made sure he saw me give him the finger and flick my tongue.  Einny took us to the gym and to Miss Temple’s office there. Turned out she taught a few of the gym classes, a few of the English classes, and was also the cheerleading coach. She looked really fucking happy to see us. There were four other girls there, too. I won’t go into details on them, but just seeing the six of us . . . We had to be the strangest mix there. Miss Temple couldn’t wait to tell the six of us that we were all the new fucking cheerleading squad! “Bullshit!” I quickly told her and stepped back. “You can fucking kiss my ass!” Believe it or not, Miss Temple wasn’t even upset with me. She just simply said, “Language . . .” Then she explained that Principal Van Deist had personally hand-picked the six of us to be the new cheerleaders of Strickfield High. I still told Miss Temple to go fuck herself.  Then I about lost my fucking shit when I saw that Einny and the others gladly accept their uniform and shoes. As much as I protested, Einny looked so happy to have been given such an opportunity. I would’ve also told Einny to go get fucked, but we’ve had time to bond over the last several days. So . . . not only am I possibly developing feelings for Martin, I’ve gotten used to having Einny around. I think I’ve said this before, but she fucking grows on you.  As soon as we were back out in the hallway, I grabbed Einny’s shoulders. “I am so gonna fucking kill you!” “No, you won’t,” she said quickly. “I’m your best friend.” Again, always so fucking direct.  Getting back to now, I’m wearing a fucking cheerleading uniform. It’ll be another game night as a full-fledged cheerleader. Oh, and now I’m known as both the Bad Schoolgirl and the Bad Cheerleader. Einny told me she had a reason for the two of us joining the squad, and it wasn’t for us to show off our tits and asses in front of the crowds at the basketball games. Einny explained that a lot of shit goes on here in Strickfield. She promised me there would be more than enough work to keep me here for a very long time. In other words, we’d be keeping our eyes and ears open for shit to investigate. Over time, I would learn other interesting things about the other four cheerleaders. So I sigh to myself and realize I’ve gotten too close to the Donnerlys . . . and the great food at Denoyer’s Grill. Looks like I’m stuck in this fucking village indefinitely.  Seriously, why couldn’t I have lost my feelings when Thornton Jillian’s blood mixed with mine over a hundred years ago . . . ?