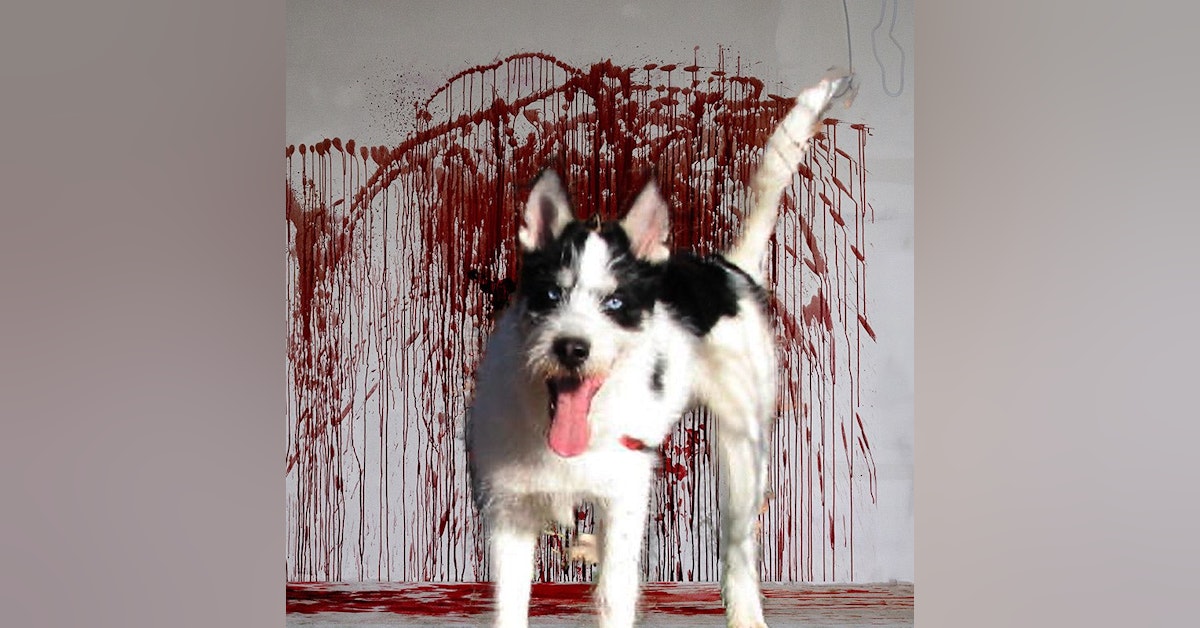 New house, new dog, but what evils could lurk inside of both?!

My Dog, Doug by David O'Hanlon

“Daddy, I want this puppy,” Abby’s tiny voice replayed in Barry’s head as he wiped the dog shit off of his barefoot. Lindsey found the Armant on Craigslist. Normally, they were extremely hard to find outside of their native Egypt, not to mention expensive. Smart, protective, and loyal—they were the perfect breed for just about any family. He wasn’t a very large dog, less than two feet at his scraggly shoulders, nor did he look like he ate a lot. Plus he was free, which sealed the deal.  The lady had told them that Doug needed more attention than she could provide, which wouldn’t be an issue with Abby. Why anyone would name a dog Doug, however, was beyond Barry’s understanding. Still, Abby and Lindsey thought it was adorable. So, Doug the Dog joined the family with an excited wag of his curly tail and a more excited screech from Abby.

As it turned out, cleaning dog crap wasn’t nearly as much work as getting brownie stains out of the cream-colored carpet. The ambulance had taken away the exterminator’s body and his boss promised a ten percent discount on any future service for the inconvenience of his worker dying in Barry’s home. Barry negotiated it up to fifteen. Lindsey and Abby would stay the weekend at her parent’s house while the poison worked on the rats. Which meant there was only one thing left for Barry to do. The sauce sizzled as Barry tossed the meat and vegetables in the wok. The damn dog had done a number on him and he had taped ice packs onto the various bruises. An imported bottle of Irish whiskey and fistful of ibuprofen were helping with any remaining pain. He spooned the stir fry over the noodles, grabbed a beer from the fridge, and went to the living room. He pushed play and Captain Kronos: Vampire Hunter started up on the big screen.  Doug took the beer from Barry and cracked the top open. His mouth wasn’t designed for cans, so he poured it into a bowl on the coffee table and lapped it up. Barry took a bite of his stir fry and offered the plate to Doug who gave a low growl. “Oh, don’t be like that. You haven’t even tried it. It’s actually pretty good. And we have to do something about the rats, so eat up. Tomorrow we’ll try smoking some.” Doug took a tentative bite of the rat chow mein and proceeded to pig out once it met his discerning approval. “I hope you know, you’re going back to doggy Doug when the girls get home.”  Doug let out a quick bark of agreement before holding the plate out for seconds.  “You’ve got hands now, go get your own.”  Barry put his feet up on the table and sipped his whiskey. Doug was certainly a handful, but it wasn’t all bad. The shape-shifter would make a great assistant and he liked all the classic horror films—he even gave Galaxy of Terror two freaky thumbs up. Having a dog-monster might actually be pretty awesome. Time would tell. Barry would work on the new book tomorrow. Tonight, him and Doug were kings again. The End