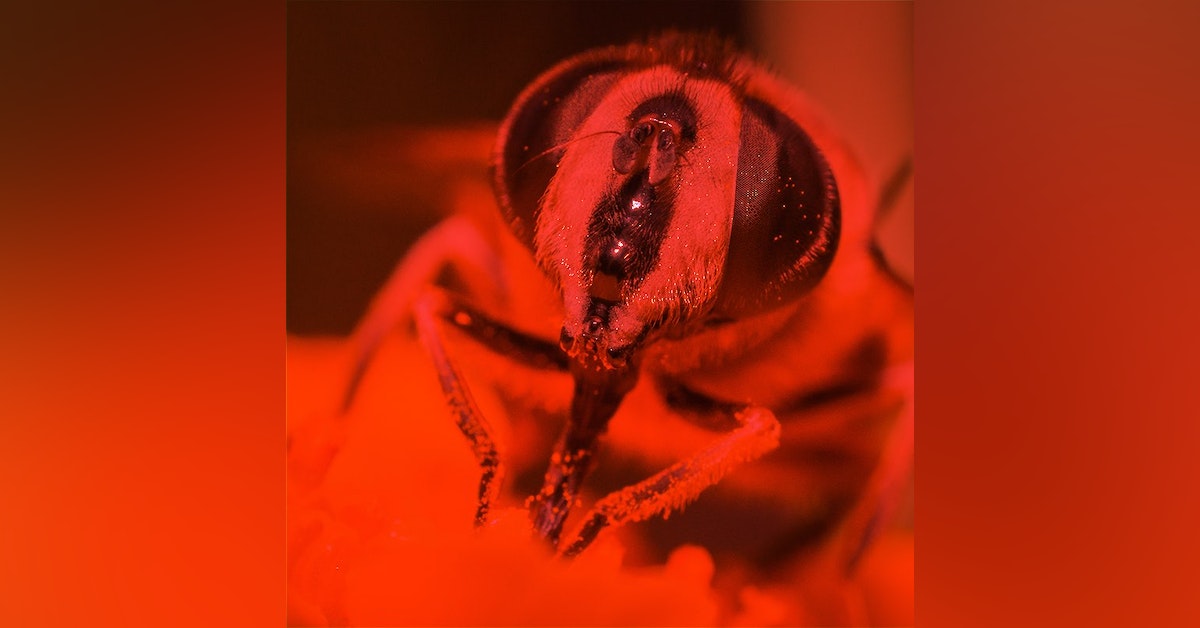 All the Busy Bees by David O'Hanlon

Check out the new scary book at http://UncleHenny.com

My father was in a secret society in college. I’m not sure what good it did him, but that’s why it’s a secret, I suppose. After college, he went to work for a retail giant and made COO in just a couple of years. Maybe it worked out pretty well. That kind of meteoric rise doesn’t facilitate a lot of father-son communication. He still made sure to let me know he cared. His secretary would call to tell me goodnight on his behalf, for example. I think it was my twelfth birthday when I realized he always called me ‘Rugrat’ because he had forgotten my name years before. The morning commute meant hearing him walk out of the house about the time I got up for school. He worked late every night and usually got home as I was turning off my light. I’m not even sure I remember what he looked like or if I’ve just constructed some amalgamation of Sonny Crockett and MacGyver to save on the therapy bill. I decided I wouldn’t be anything like him when I grew up. And I’ve succeeded.  My studio apartment was the size of a motel room. The wallpaper didn’t match anywhere and was peeling like a bad sunburn to reveal festive patches of mold. Other amenities included my neighbor’s radio—since the walls were as well built as a gingerbread house—and a soothing whistle created by the ill-fitting sheet of plexiglass in the cracked frame of my only window. I also had the most social cockroaches in the world. Those little guys snuggled with me in bed and shared my food with the loyalty of a labradoodle and I didn’t even have to pay my slumlord the four-hundred dollar, non-refundable, pet deposit. That’s called a win.  I watched one of the females dragging an egg sack under the fridge. I wasn’t even sure how roaches had sex and was in the middle of googling it when the knuckles my hit door. I got up and tried to check the time on the microwave, but it just blinked the same seven seconds it had since I plugged it in. I found it on the curb and it was probably there for good reason. The radiation leaking out reduced the heating bill though, so another small victory for Chuck Beyers. I opened the door and found a man in a cobalt suit that looked expensive and smelled cheap. He was paused mid-knock and lowered his hand with a sneer. “Charles Beyers?”  “That’s me.” I leaned into the hall and looked both ways.  On one end, a kid pissed on skinhead graffiti and down the other I found my geriatric neighbor, Jerry, heating a meth rock in a lightbulb. I looked back at the man and squinted a little. He was tall and lean with a narrow, vespine face. He held a leather briefcase just below a twinkling cufflink.  “How did you make it up here without getting mugged?” I asked. “Your neighborhood is full of scavengers,” the man answered calmly. I pursed my lips and nodded. “Yeah, that’s kind of the point I was making.”  “Scavengers know to move when the predators come through.” There was no bravado when he said it. It was just a cold, hard statement of fact that made my ass pucker and my stomach knot up. He asked to come in, so I showed him to the folding lawn chair that counted as my furniture. He sat his briefcase in the chair and turned to me, his hand disappeared into his jacket and my life flashed before my eyes. It was a disappointing show, to say the least. Then he pulled out an envelope.  “My name is Richard.” He wiggled the envelop. “For me?” “No, Mister Beyers. I just find reading my mail more enjoyable in a stranger’s shitty apartment.” He didn’t even blink, let alone smirk. He just wiggled the envelope again. I took it gingerly and flopped onto the bed. It felt funny, not like a normal envelop but more like an old dollar bill. It was the kind of envelopes you bought when you ran out of ordinary things to blow money on. At least, I guessed it was since I hadn’t used an envelope since 2004. Inside was a letter from Arrant Extirpation Solutions.  “What is this?”

It was all in the letter. Dad was the majority shareholder in AES and, when he died the week before, it all became mine. I guess I should’ve been upset about his passing, but he wasn’t any less available dead than he had been alive. Still couldn’t remember his face, just his bushy mustache. No loss. Plenty of gains. I stepped off the private jet with Richard in tow. A withered old man leaned on a cane a midst a sea of suits.  The old man held out a veiny, liver-spotted hand. “Erwin Squire. It’s a pleasure to make your acquaintance.”    “Likewise.” I shook his hand, which was suspiciously cold and moist like a piece of raw chicken. I rubbed my palm on my secondhand jeans. “The letter you sent didn’t say much. I’ve been asking Richard for more details.” “Good luck with that.” Erwin’s rasping laugh made me jump a little. It was like one of the alley cats back home hacking up a steel wool hairball. “I don’t employ Richard for his conversational skills. He glares at people and they do what I want. It’s a more efficient method than asking. You’ll be riding in the Bentley. I hope it is too your liking. Your father was a picky bastard.” “We don’t have to worry about that from him, sir,” Richard said over my shoulder. “Chuck has no standards. Shall I ride with him?” Erwin nodded and swept a hand towards the burgundy car. The driver stepped out and opened the back door as I approached. I hesitated and then slipped inside the car that cost more than my combined lifetime income. The backseat seemed to melt as I leaned against it and I sighed pleasurably.  “Does it meet your tastes?” Richard asked as he dropped into the front seat.  “Oh yes. It’s just fine.” I watched the chauffeur shut my door and slip back behind the steering wheel with the grace of a dancer. “I’ve never ridden in a car like this.” “Color me shocked.” Richard took a pair of gold-rimmed aviators from his jacket and slipped them over his frigid eyes. “I don’t want you to get the wrong impression about me, Chuck. For starters, I hate calling you that. Not because it is informal and, thus, unprofessional, but rather because it is the stupidest name ever. I loathe it.” “Blame my father,” I said with a sympathetic shrug. “I do. Moving on, you are now the majority shareholder in AES. This also entitles you to a place on our board of directors and the professional assistance of myself… a fact that I find almost as distasteful as your name. I do not like it and I am sure that you will not either.” The car pulled away from the airplane and found its place in the convoy leaving the private airfield. Richard turned slightly on his hip to face me.  “Your father was a mean spirited, go-getter. He set his sights on something he wanted,” he made a finger-gun at me and fired, “and then he took it. You’re not that kind of a man.” “Is that a good thing or a bad one?” Richard’s eyebrows raised in though and he turned back around. “Neither, I suppose. Not every dog can be a fighter, Chuck. Sometimes a mutt’s only good for a bait dog.”