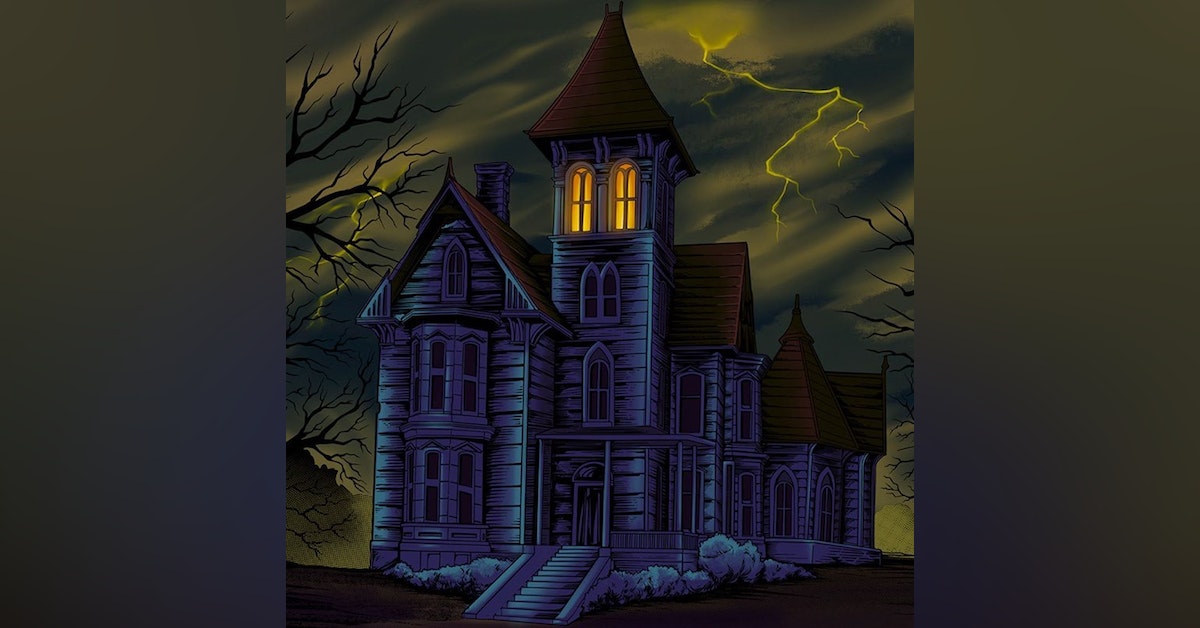 Episode Notes
Things are heating up as the trapped inhabitants of Grimm Manor realize just how NOT alone they truly are...
Murder Mansion part 3 by Rob Fields
Get Cool Merchandise https://weeklyspooky.storenvy.com
Support us on Patreon...

Episode Notes
Things are heating up as the trapped inhabitants of Grimm Manor realize just how NOT alone they truly are...
Murder Mansion part 3 by Rob Fields
Get Cool Merchandise https://weeklyspooky.storenvy.com
Support us on Patreon http://patreon.com/IncrediblyHandsome
Support Weekly Spooky by donating to their Tip Jar: https://tips.pinecast.com/jar/weekly-spooky
Contact Us/Submit a Story
twitter.com/WeeklySpooky
facebook.com/WeeklySpooky
WeeklySpooky@gmail.com
Music by Ray Mattis http://raymattispresents.bandcamp.com
Produced by Daniel Wilder
This episode sponsored by HenFlix.com
For everything else visit WeeklySpooky.com
Support Weekly Spooky - Scary Stories to Chill You! by contributing to their tip jar: https://tips.pinecast.com/jar/weekly-spooky
Find out more at http://weeklyspooky.com

Bethany Martinson is returning to Strickfield after spending a week in Shore City. It’s a very dark and stormy 4th of July night as she’s almost to Strickfield when she’s forced to take a detour that takes her into the backwoods area.
Bethany has an accident when she hits a car that’s in the middle of the main road. Upon seeing that the car was the result of an earlier accident – with the people inside dead – and her own car wrecked, she walks in the storm until she comes to Grimm Manor and enters. Trapped inside the mansion, she meets up with three former detectives she has history with and the owners themselves, August and Dorothy Grimm.
After hearing the story of Grimm Manor and about the possible fortune hidden somewhere within its trapped rooms, Bethany is escorted to a bedroom where she goes to sleep.
In the middle of the night, Bethany is hungry and goes to the kitchen. After she finishes eating, she decides to explore the mansion. As she crosses the living room, she sees both Dorothy and August Grimm are dead – hung by their necks.
Shortly after, a ghostly apparition appears to snatch Bethany and take her away.
The three former detectives are racing against Bethany to try and find the hidden fortune of Beauregard Grimm. They end up in the attic, where they narrowly escape from their near-death experience. Bethany ends up in a hall of mirrors and has to come face-to-face with her worst fears. At one point, Bethany’s darker self emerges as the vengeful Harpy. Both the men and Bethany are able to escape their respective challenges.
But as Bethany has escaped her challenge and overcomes Harpy, she is again confronted by the apparition and is thrown to her death.
And now . . . Murder Mansion: Part 3