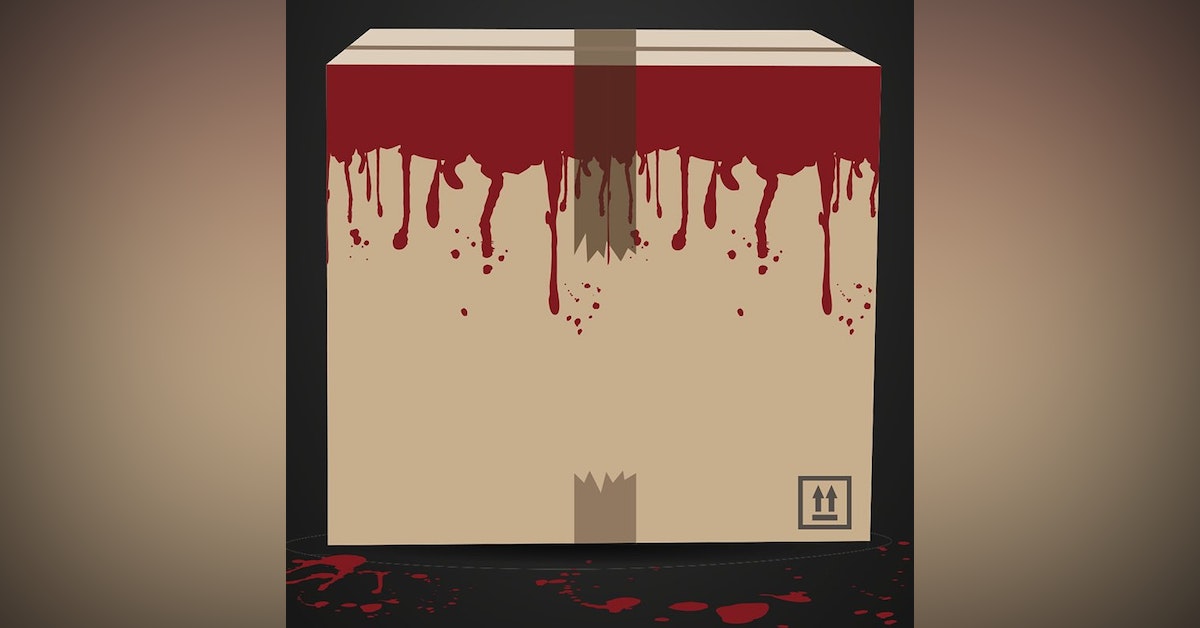 What if something as unsuspecting as CARDBOARD could KILL? Hard to imagine huh? Well listen and you'll find out all you need to know about the horrors of this reality!

Support Weekly Spooky - Scary Stories to Chill You! by contributing to their tip jar: https://tips.pinecast.com/jar/weekly-spooky

I had just started working at the huge medical supply company in the warehouse department. Pretty simple stuff. You pick boxes and take them to packing stations and put them in bigger boxes and after a pallet was full you just put it on the truck. At the end of the night, the trucks came and took away the boxes.

That was until I grabbed a box to put smaller boxes in and a wave of what smelled like gunpowder and cooked cabbage assaulted my nostrils.

My manager, Tony, happened to be walking by at the same time and saw my face.

The explanation for the smell was perfectly reasonable according to Tony.

You see there is a huge cardboard manufacturer outside of town near the waste reclamation plant. Cardboard apparently, takes a huge amount of water to make and clean water is more expensive than not so clean water.

The waste reclamation plant let the cardboard plant have water to make cardboard. Sure, the heating process sterilized the cardboard, but sometimes, the smell could not be cleaned away.

So, with the little tidbit of information safely tucked away, I went back to my job.

Two weeks later I had a huge order to pack so I lined up four huge boxes to put the supplies in. It is called an 808. All the different sizes of boxes have a different number and 808 was the biggest one we had.

Anyway, as I was packing I heard a whisper of a voice. No actual words, just a whisper. I popped my head out of the box and realized that I was alone on the loading dock. The whisper was gone.

I went back to packing and heard the whisper again. I concentrated to catch any words and all I heard was a small, feeble cry for help.

I checked my phone to see if I had left it on or something and nothing. It was off. The manager didn’t like us to have the phones on when we were working. Afraid we’d get run over my one of the madmen who drove the fork lifts.

I shook it off, finished packing the boxes and put them on the truck.

I thought nothing of it.

Until it happened again.

This time the voice was much louder and insistent. My head felt like it was full of cotton and the smell was so strong. Gunpowder and cabbage overwhelmed my senses.

The box seemed reasonable to me.

The plan came together so easy it was frightening.

It was Friday. The warehouse was never open on weekends. The management was too greedy to pay us overtime so, from Friday Night to Monday morning the place was like a ghost town. When we all went to leave I told my fellow workers that I forgot my lunch bag and I’d see them on Monday.

I watched them for the dark break room window as they all drove away to their lives.

Then I got to work.

The boxes were kept on pallets flat. We assembled them as we needed them with packing tape. The warehouse itself was huge, filled with wire racks that had boxes of all shapes and sizes. Those would come in handy as I got closer to the fruition of my plan.

I found a box that was filled with box cutters. The hard plastic type with the slider on the top that revealed razor sharp steel ready to cut.

I started by dragging pallets of boxes towards the main entrance to the building. It was important that this be finished before Monday or it would never work. I made a huge wall with layers of cardboard that were reinforced with packing tape. That part was easy because we have those nice tape guns with the handle and serrated steel to properly tear the tape as it was used.

The voice told me that it needed tunnels, tunnels to block the light of the building and the few windows we had. I made row after row of cardboard boxes, taping them together to form a bizarre labyrinth system of tunnels that as it grew larger and larger so did the voice in my head. It seemed pleased with my progress.

Soon my stomach grumbled. I checked my watch and I had been working for five hours straight. I went to the break room and foraged for leftovers in the three refrigerators that the workers used to keep food to eat. I stuffed myself with the questionable contents of four or five Tupperware containers and immediately went back to work.

My existence was a blur of folding and cutting and taping. Over and over and over again. I cut cardboard until my hands were covered in hundreds of tiny little nicks. The first time I got blood on one of the boxes I worried that the boxes might not like it. After all they were just cardboard and moisture of any kind meant death to any paper products.

The voice, full and healthy from my concerted building effort, told me that it wasn’t bothered at all. I could feel that it actually appreciated the added ingredient of my life blood. Soon the myriad tunnels were decorated in small red blotches. I thought it added to the aesthetic of what I was creating.

My arms started to ache from the repetitive motion and I checked my watch again.

It was Saturday night and I had so much more to do before I was finished.

Eventually I ran out of box cutters, dell from over use. The metal edge of the tape guns seemed to work for a while, but soon even those were starting to dull from the constant friction of the thick, cardboard boxes.

I began to use my teeth to tear at the unyielding material. It felt like it was becoming thicker as I worked. It was fighting me and I knew I wasn’t done.

The voice told me how well I had done and it needed one last thing.

In the back by the loading docks we have machines that inflate thin sheets of plastic into bubble wrap. It made these huge rolls on a spindle and when it reached the full diameter it stopped.

But I wasn’t going to need the spindle. We had two machines and I loaded them with fresh rolls of plastic and activated the air compressor to inflate the bubble wrap. Soon the entire loading dock was filled with layers and layers of bubble wrap. I was enveloped in it and found it comforting.

The voice instructed me to grab some tape and bring form to the bubble wrap.

When that was finished I then went to the area that kept these stainless steel picks used for surgery. I grabbed a huge box of them and with more tape put them where the voice instructed.

My exhausted, malnourished brain and body went into a fetal position and all went dark. My endeavor finally caught up with me and I fell into a frightful slumber.

In my dreams I felt as if I connected to the being that had started this path of madness.

Decades of water and waste, human, animal and things unspeakable to mention had flowed through the waste reclamation plant and combined with the liquids and heat of the cardboard manufacturing plant something had achieved a crude form of sentience. I could see that it felt that it should be able to transfer that sentience to things that we would consider inanimate. I saw the abomination and the plans it had for the warehouse, the town and then even the world itself.

It turned its misshapen mockery of a skull, multiple eyes glowing with an unholy light and I screamed.

The scream lurched me into consciousness and I shivered as I realized I had slept on the cold, concrete floor. I continued to hear the screaming that filled my ears and knew it wasn’t me screaming.

I had fallen silent upon awakening.

The screaming seemed to come from all around me.

A glance at my watch confirmed that it was early Monday morning. My fellow co workers would have entered the building. The tunnel system probably triggered their natural curiosity and they decided to investigate.

The fools I thought to myself.

The screaming could only mean one thing;

The bubble monsters had caught them in the cardboard trap? and had begun to feed.