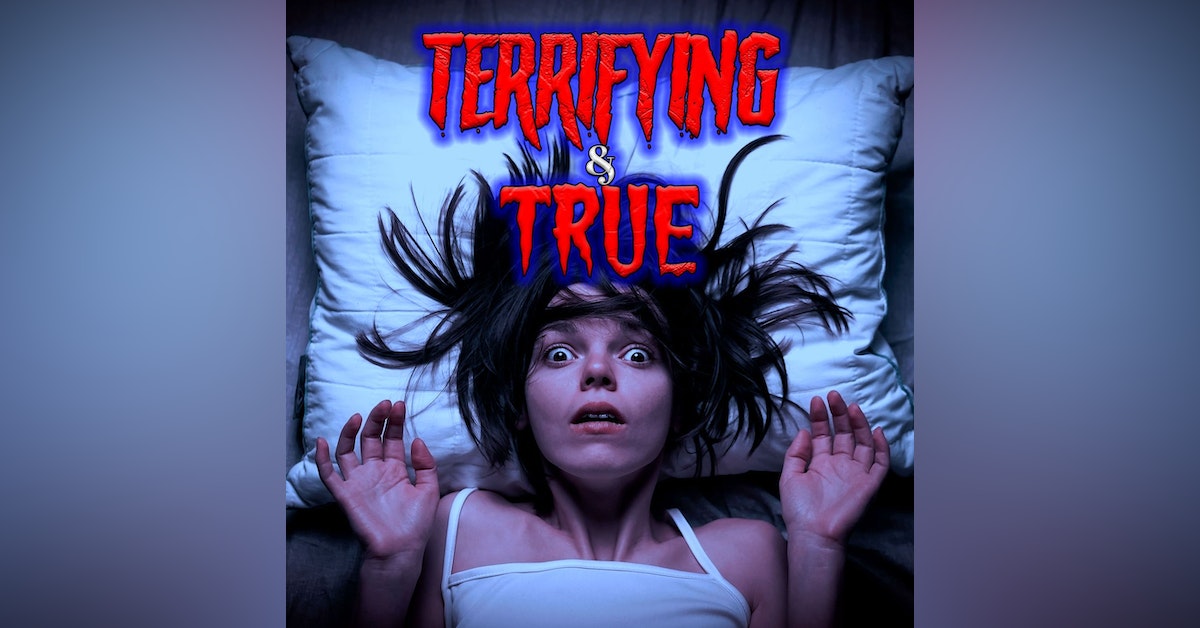 Chalino Sanchez lived a wild life full of fast women and dangerous men. He wrote songs about those exploits and made many legends along the way. The way he died, however, has become the stuff of legend in its own right.

We are telling that story...

Chalino Sanchez lived a wild life full of fast women and dangerous men. He wrote songs about those exploits and made many legends along the way. The way he died, however, has become the stuff of legend in its own right.

We are telling that story today, on Terrifying & True

BURY ME WHILE SINGING:  The Mysterious Death of Chalino Sanchez

It is the 1970s in Sinaloa, Mexico, where powerful drug cartels hold sway.  One of the more notorious members of the cartels is Joaquín "El Chapo" Guzmán, in later years to become infamous on both sides of the border.

The Sanchez family is large and poor, and fighting to survive.  The youngest in the family Rosalino, nicknamed Chalino, begins a meteoric rise as a singer/songwriter…but that journey would be cut short after he was handed a mysterious note during a concert.

Chalino Sanchez was murdered at the height of his fame, causing him to pass into legend like the figures in his narcocorridos, or in English “drug ballads.”  The murder, now thirty years ago, has never been solved.

Because of Chalino’s poor upbringing, and the mythology surrounding him, it is often difficult to sort the truth from the fiction about his life.

But in the mid-70s, as a teenager, Chalino and his older brother Armando left Mexico and slipped into California illegally.  The common belief is that both had participated in revenge killings for the family honor.

There they began low-level drug-dealing and acting as coyotes, bringing other illegal immigrants into California for a price.

It is rumored that they fell in with Rigoberto Campos, also from Sinaloa, and a cousin to a high-level cartel figure dubbed “El Cochiloco.”  El Cochiloco, or “The Crazy Pig,” was the nickname of Manuel Salcido Uzuleta, a leader in the Guadalajara cartel.

Rigoberto Campos was a figure seemingly from fiction.  He was so dangerous as a hitman that rivals pushed both his arms into a threshing machine.  But Campos survived, had prosthetics made, and continued his narco ways.

The narcocorrido mentioned the flashy Gran Marquis he was driving when he was killed, as well as being attacked with “goat’s horns”—Mexican slang for AK-47s.

The narcocorrido ends with:

He had to be Sinaloan,

From the Salcido family…

He was cousin of The Cochiloco,

And the deceased Gabino…

It had to be his destiny.

But “Rigoberto Campos” was not the first corrido Chalino composed.  The sad ballad he first penned was called “Armando Sanchez.”

As the pair of brothers continued to cross back and forth across the border, Armando was shot and killed in a Tijuana hotel.

Shortly thereafter, various run-ins landed Chalino in the notorious Tijuana prison La Mesa.  The prison is well known as being very overcrowded and even more dangerous.  But Chalino found some safety, and a kind of currency, after the other inmates enjoyed the corrido he penned there about his dead brother.

Chalino wrote in his song:

A man of courage died, a coward killed him…

Your friends remember that you were a brave man.

They killed you in cold blood, you did not expect death.

On the fifth of December, at one in the morning,

At the Santa Rita hotel in the city of Tijuana,

They riddled you with shots without giving you time for anything…

May God have you in heaven, you deserve it.

They are going to bury you where your father rests.

You left your grown children in the orphanage

There are also your brothers, they cry together with your mother…

After the corrido about his brother was well received, Chalino began to compose corridos about the real-life exploits of the other inmates.  After his release, he felt his songwriting skills had progressed enough to make some recordings.  He was able to find a cheap recording studio in Los Angeles and recorded his songs very quickly.

Chalino’s corrido “Juan Ayon” is indicative of the kind of corrido he wrote for money, about real people.  It details the title subject’s nice clothes and excellent American-made weapons,  but most importantly states he is “feared and determined” and that “Anyone who puts a hand on him…will say goodbye to the world.”

In 1989 Chalino started another hustle, selling a cassette with 15 corridos on it around the Los Angeles area, from his trunk and at swap meets and anywhere Mexicans and Mexican-Americans were gathering.

Chalino wrote about real people he knew and actual crimes, murders, and feuds he knew or heard about.  His authentic writing and unique singing voice had him making hundreds, and then thousands, of cassette tapes and more and more corridos.

By 1992 Chalino was in high demand, playing in all kinds of venues.  But he became a legend during a concert in Coachella, California.

A capacity crowd was stunned when a spectator, apparently mad at Chalino’s song selection, opened fire on the singer.  Even more shocking, Chalino produced his own gun and fired back.

A wild gun battle ensued, leaving bystanders injured and dead from both weapons—and Chalino with two seemingly fatal bullet wounds in the chest.

Chalino was near death, but survived and was never charged.  His assailant, Eduardo Gallegos, was also severely wounded but later sentenced to fifteen years to life.

While Chalino was on the mend, his street cred soared.  He hit the road again, now playing to thousands instead of hundreds of fans.

Although Chalino never seemed to have met rap star Tupac Shakur, their names are often intertwined in conversation.  There are popular images of them photoshopped together as well.  Both were rising stars in their music genre and often considered the forefathers of their style.  Both were recognized by a single name.  Both went to prison.  Both were shot and survived.  And both were later shot and killed, finding even greater notoriety posthumously.

Chalino’s road led him back to where it began, in Sinaloa.  Just a few months after his near-fatal shooting Chalino was returning home for what was to be a triumphant concert at the Salon Bugambilias in Culiacán, the largest city in Sinaloa.

Chalino’s songs evidenced that he lived on both sides of the law, and had made many enemies in his home region.  Sinaloa was not a welcoming place in the best of times, as indicated in his corrido “Adios, Hermanos Quintero.”

The village is dying…

the cemetery is getting bigger.

Year after year it’s the same,

In those months of May…

One, two or three remain…

The night of the big concert, Chalino Sanchez was passed a note to the stage.  What the note actually said has never been revealed, but it is commonly known among fans as the “Death Note.”

Chalino looked at the Death Note, disposed of it, and kept on playing.

After the show, Chalino left the club with an entourage of family members and young women.   Shortly thereafter they were pulled over by a group of armed men in black Chevrolet Suburbans identifying themselves as police, and saying that their commander wanted to see Chalino.

Chalino agreed to go with the men…and was never seen alive again.

The following day, at six a.m., two local farmers found Chalino's body by an irrigation ditch near the neighborhood of Los Laureles.

Chalino had been shot twice in the back of the head, execution style.  He had been blindfolded, and his wrists showed evidence of rope marks.   It was May 16, 1992, just a few short months after Chalino’s near-death shooting in Coachella California.

As it did when he was shot a few months prior, his popularity soared again, and endured.

The long finger of death would reach out from Sinaloa and touch the Sanchez family one more time.

After Chalino’s death, his widow decided to raise their two children in California.  His son Adan was just eight when his father was killed.  Two years later, he had his own music released.

Adan Sanchez took a different path than his father, singing more romantic songs and becoming a teen idol.  His first album was called “I Am the Son of Chalino,” and he ended up taking his father’s name as a nickname.

In his song “My Father’s Crown,” Adan tells the people of Sinaloa that his father’s greatness as a singer and songwriter of corridos would never be equaled.

By 2004 Adan was selling out shows, including a show at the historic Kodak Theater in Hollywood.

Adan was on a tour in Sinaloa just four months later when his car—the Lincoln Town Car that had belonged to Chalino—blew a tire and rolled.  Adan sustained severe injuries and died on the scene.

His popularity was underestimated back in California, so local authorities were unprepared for more than fifteen thousand people to show up for his funeral.  Police efforts to control the crowd ended in rioting.

Adan Sanchez took a different path, but for he and his father Chalino all roads seemed to lead back to Sinaloa.