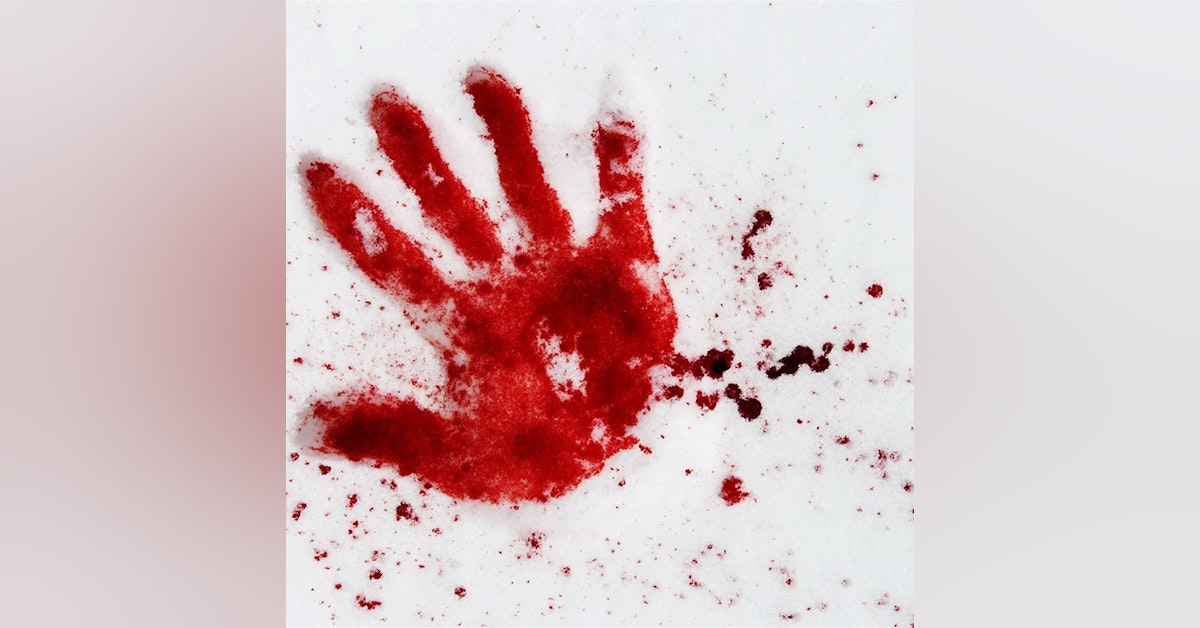 If the cold doesn't get you... something else will.

After a terrible accident a man is left alone to freeze on the side of a snowy road... Only, he's not alone at all...

Pain hit him like a spear in the gut. He was hungry, but he knew that thing out there was too. And he knew its kind never left wounded prey until they could pick the bones clean. He was sheltered, safe for now (or so he hoped), dug into his snow cave. He shifted his body, bumping up against the cold walls. He couldn't see his right arm. And maybe that was for the best. The solidity of the snow walls comforted him, but it was a frozen comfort. A chilled comfort for his cold, tired bones. A sound carried over the crisp air. His ears pricked up. Chattering. An incessant clacking that assaulted his ears. It was his own noise. With every intake of breath he could feel the sharp cold shoot through his teeth. His teeth chattered but he could not feel them. He longed for another familiar sound. A sound that would take him home. In his breast pocket was a cell phone with very low battery charge. He was far out of range of any known cell tower, but he still had some voice messages saved that he had listened to before the blizzard hit. One from his father at the hunting lodge. Christmas was approaching and his father had exhorted him to check the traplines one more time before the big snow hit hard and stranded them. He was sure his father had attempted a search for him, but the guests had gone home for the holidays and the wheelchair would have been useless much beyond the packed down paths around the cabin in this snow. Another message from his little girl back in the city, complaining about her new braces and how they hurt her teeth and made her lips bleed when she practiced her carols for the choir. She would be carolling out there tonight. Braving the cold and her sore gums to spread her joy to the world around her.

She had left him one last message, but he would leave that one unheard until he really needed to hear it. He would survive. For her. He exhaled and felt the steamy breath in front of his face. He tried to breathe warmth into his fingers on his left hand, but they were well past numb now. Out there was the only hope for life, but death lurked there in the shadows. If he did nothing, if he curled up in his icy tomb and let sleep overtake him, the beast would have him still. It would dig in and dig him out. Scavenge his cold tired bones like a grave robber. The beast's teeth would crunch and crush the bones and frozen flesh of his frozen, rigid corpse, just as easily as if he had offered himself to it. It would swallow him in huge choking gulps and then he would be gone and it would be night forever. He closed his eyes, tight enough to shut out the images in his brain-- the creature invading the hole with its snout, slavering to get at the bloody sweating slab of meat still living inside. If only he could last through the night then maybe... One more night... it was just last night that it all had happened... The avalanche had thrown a tree on top of him... brought a whole damn tree down on top of him... It must have been the rifle shot that set it off... must have been. From behind him, the rumble came out of nowhere... The tree had torn his arm from his shoulder and left it gashed and bleeding. When he came to, with a violent tug on his arm socket. The beast's beady red eyes dared him to wrench his arm back into place. He let the animal take his prize. It was no good to him anymore anyway. But now the beast knew he was weakened and had limited mobility. Had limited range. Had tasted mortality and was handicapped. It would come again and again to test its prey's strength and its ebbing will to survive. If he could only make it to the tree... The upturned tree, its branches ready-made kindling. The water-proof matches in his pocket were still good-- he hoped. Fire. A glorious fire could be kindled. Bringing warmth to his long night. Warming his belly. Slaking his thirst. Thawing his fingers. The beast would feed him; its long dense fur-- the oil in its hairs-- would keep the frost off him.

His boot would hold enough snow to melt into drinking water. His left hand

clenched into a fist. It needed to hold something-- something solid. His bolt- action Remington had been broken and buried by the tree’s weight. No

weapon... Still... The branches could make a spear, but he didn't have a knife to sharpen it. Teeth. He had teeth, as did the beast of course. And he would pit his molars, canines, incisors and his dizzy brain against the animal's. He had thirty-two. Thirty-one after that drunken brawl. Molars for grinding, incisors for biting and cutting. Canines-- his eye teeth-- for tearing and ripping. He would chew the bark and spit it out. He would chew the fleshy tip of his branch into a wicked sharp point of death-dealing. Plunge it into the gut of the ravenous animal, finally killing its hunger. He had no fingers. Not that he could feel anyway. He could pull himself to the tree ... but that could loosen the shirt of his make-shift tourniquet and open the flow of blood again. He can feel himself succumbing-- to the cold, to his leaking blood, to the dark night all around. It was now or never. His eyelids flutter. To sleep... or? He moves. He pushes out the hole, crawling at first then limping, stooping, gradually more erect, from animal to man, a momentary recurrence of evolutionary strides. He can do it. He is doing it! His numb fingers find the tree. With a grunt he feebly snaps off twigs. He clutches them clumsily in his single arm They slip, fall out. He scoops them up again. He collects and breaks off branches of various sizes from the fallen tree-- smaller for kindling, larger for the main fuel of the fire. He stacks them in a rickety pyramid. His hand, curled like a useless claw, clutches the matchbox to his chest. He pulls out one match with his teeth. His lips tremble as he bends his head to the matchbox striking surface. The match flares up and burns his lips. It falls to the snow and fizzles. He tries again and manages to catch it aflame. He ignites the pyramid stack of wood. With the warmth comes the feeling back into his fingers. He bites into the fleshy wood, his lips curling at the bitter taste of bark. He grinds away at the wood, periodically spitting out the pulpy ball of mulch. He wipes the wood juice running down his chin with the back of his hand. The hot saliva runs cold and icy down his chin, almost freezing solid before running down his neck collar. He breaks a tooth and whimpers in pain. Then he stops.

He sees a movement, motion at the edge of the perimeter of the circle of firelight. his eyes dart to the right, scanning the flickering shadows and darkness beyond. He holds the rim of the boot collar to his lips, awaiting the refreshing slake of liquid to quench his thirst. The smell hits him first, the foul pungent odor, then the crushing weight of the beast slams into his chest, bowling him over. His arms flail to fight for balance, but he is gone and so is his boot-- flung into the fire, splashing water. It sizzles and steams. And then the wolverine growls and makes his slow advance. Haltingly. Limping. The beast leaps on him, snarling, slavering hot spit and wet saliva on his face. He turns his head, avoiding its snapping teeth, the hot breath on his face. It pushes on top of him for better advantage. It will have him soon. He can feel himself losing the battle. His eyelids flutter. To sleep... or? He bites into the exposed neck of the beast through wet fur. The beast jerks and rears back, giving him enough room to reach to his side and grab the spear . He plunges the spear deep into the belly of the beast. It howls in agony and its tongue lolls in its mouth, tasting mortality. The wolverine slumps to the ground, its fur bathed in the orange glow of the fire. He raises his stick in victory. He circles the body of the wolverine, watching it closely-- the steam escaping from the gash in its belly as it slowly cools to the outside temperature. SNAP! Teeth bite into his ankle. The shinbone in his leg fractures. The unrelenting metal jaws of one of his steel traps enclose his lower leg. He hits the ground hard. He stares at the wolverine's missing fore-limb, the nub where it had bitten it off to escape. And then his own missing arm. The wolverine's eyes now closed, its soft lashes whiting over with fresh snow flakes. His lashes too grow heavy with white flakes. The flickering flames of the fire die to embers. His eyelids flutter. He takes the cell phone out of his breast pocket. One last unheard message. He clicks it.

It is his daughter, singing softly: O holy night the stars are brightly shining

He closes his eyes and listens to the carol on repeat until the battery dies. A thrill of hope the weary world rejoices For yonder breaks a new glorious morn Fall on your knees O hear the angels' voices O night divine A thought passes through his frozen mind. To sleep... or?