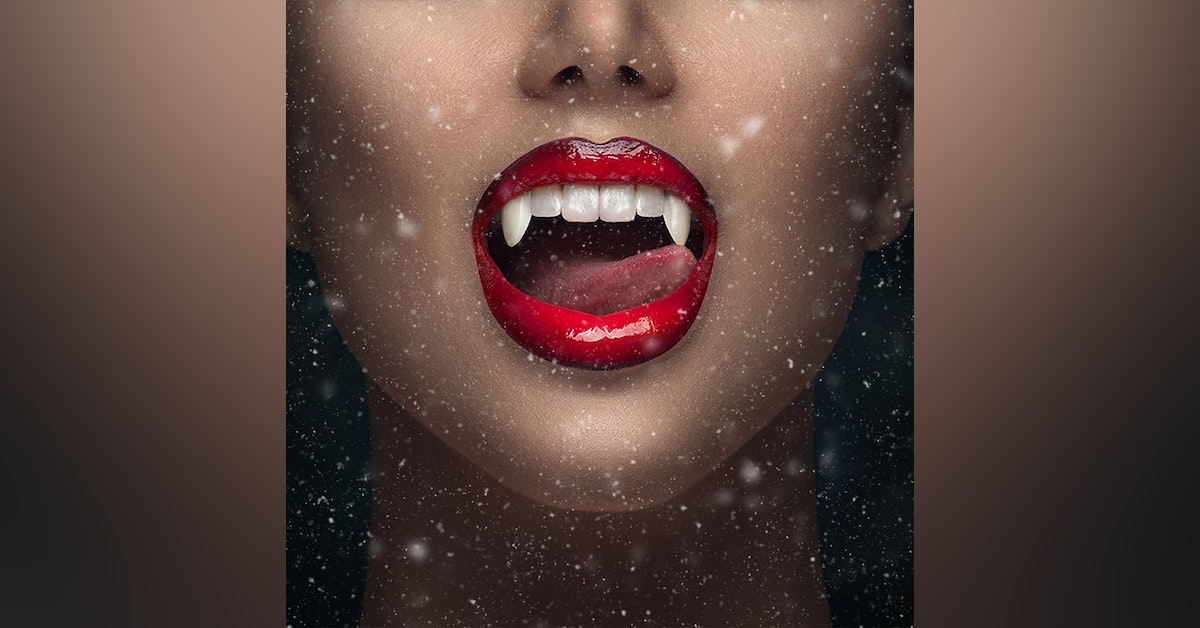 The Last Taibon by Rob Fields

It’s dark, the middle of winter, and it’s a fucking blizzard. I’ve been walking along this highway for a while now, keeping tight hold of my Reebok Pump basketball shoes. I suppose I take great joy in knowing that I’m walking around in the elements half-naked and barefoot, and am actually quite comfy. Also, I’m fucking soaked from all the snow. I’ll have to take my clothes off and let them dry when I can find a place to take shelter. Not the first blizzard I’ve walked through, and it won’t be the last.  It’s about an hour before I finally see the lights of what appears to be a tavern. I turn and walk across the snowy parking lot and past several covered cars. I’m sure there’ll be people inside waiting out the storm. But I’m wondering if a certain motherfucker named Richland Jillian will be inside.  I open the door and walk in. Of course this fucking place is going to be filled with men. They all look at me, some gawking that I’m dressed like a slut, while others are probably wondering how long I’ve been out in the blizzard like this. And, no, I don’t see Richland Jillian in here. Might as well have a drink before I head back out. Not a single motherfucker in the place says anything to me as I make my way to the bar and sit on a stool.  The bartender slowly approaches me. “Can I . . . help you?” I point to the bottle. “I’ll take that Fire Water – all of it.” He just looks at me. “All of it?” I dig into my tattered jean shorts and pull out some money. Then I slam it onto the bar. “Did I fucking stutter?!” The bartender takes my money and hands me the Fire Water. No asking me for an ID, which is how I like fucking it. After popping the spout off and draining the hot cinnamon liquor, I slam the bottle down and see the looks on everybody’s faces, especially the bartender’s.  “You, um, want anything else?” he asks me. I point to the unopened bottle of Jim Beam. “All of it?” Slapping the bar gets that bottle put right in front of me. I open it up and this time enjoy my drink. So delicious . . .  Then, one of those motherfuckers finally decides to approach me. I suppose I’m always asking for this kind of fucking shit since I’m a blonde who’s wearing tattered, short denim shorts and an athletic top that’s only good for covering my small titties. Like I said, I look like a total slut. Unfortunately, I haven’t been able to wear normal clothes for a very long time. And now . . . I’m pissed when a guy who looks like he could eat me whole puts his hand on my shoulder.  I neither hesitate nor look his way. “Hands off, motherfucker!”  He clamps down on my shoulder now. “Quite a mouth on you, little girl. Little young to be in here, aintya?” I almost swing my bottle to shatter it on his head, but I stop and remember that it’s Jim Beam. I take hold of his wrist and make him scream in intense pain. Then I turn around and give him a kick that sends him flying across the bar and smashing into the jukebox. Oh well, country music sucks major dick, anyway.  I turn around to see a few other so-called men bold enough to come at me. I have no problem picking one up and slamming him right through a table – one-handed. I grab the other one and throw him behind bar. He hits the back and falls forward. The rest of the motherfuckers quickly back away.  I turn to the bartender and grab him to me. “Nearest town!” He gulps when he sees my red eyes and points in the direction. “Strickfield! Five miles!” I let him go. “Thank you.” I pick up my Jim Beam and my shoes and head back out into the blizzard.

Martin’s sound asleep as I slip out of bed and put my tatters back on. I pick up my shoes and quietly slip out of the bedroom. Martin definitely satisfied me. Now it’s time to get the fuck out of Strickfield and move on to another town . . . another adventure . . . another malevolent motherfucker to destroy . . . “Now you weren’t thinking of just leaving my brother, were you, Bella?” a familiar voice calls out to me as I reach the front door.  The lights turn on, revealing the librarian, Martin’s little sister, Eileen Donnerly – Einstein.  “What the fuck were you doing, waiting up for me?” I snap. “I needed to get laid. I liked your brother. We both got what we wanted. No commitments. I’m gone.” Einstein gets right to the point. “My brother doesn’t just take anyone to bed. You must have been really special to him. I’m not going to let you hurt him like that.” I roll my eyes. “What do you want from me, Einstein, to wear his fucking ring?” Einstein folds her arms in front of her. “I want for you to stop running and settle down here. I want for you to be good for Martin.” She raises her eyelid. “I think we could even be great friends, you and me.” I laugh now. “What motherfucking planet are you from? I don’t live in Strickfield. I don’t even fucking belong here. I don’t belong . . . anywhere really.” “You’re a vampire, right?” Wow! Subtle, ain’t she? Before I can ask how she knows, she points to a nearby mirror. “Okay . . . So?” I roll my eyes again. “I didn’t kill Martin, okay? I don’t even drink blood. Nasty fucking shit!” “Oh, I know you didn’t,” Einstein says. “But . . . my big brother’s really into you. You’re staying, Bella. And on Monday morning . . . you’re coming to school with me.” Before I can tell her to go fuck herself, she quickly unfolds her arms and raises her finger. “You walk in the daylight, right? So it’s settled. You’re coming to school with me on Monday.” She laughs a little.  Now it’s my turn to fold my arms in front of me. “What makes you so goddamn sure that I’m coming to school with you?” I drop my arms. “Please, Einny, fucking enlighten me here . . .” She gives me a cute little smile. No, not the kind that says she’s got me right where she wants me. It’s the kind of cute little smile that belongs to a cute little face like hers. “Because . . . I believe the girls who are on the cheerleading squad at Strickfield High School . . . are also vampires. Maybe they’re not like you, but they are vampires. Possibly all six of them.” I raise my finger. “Let me stop you right there, Einny! As far as I know, I’m the only one who can walk in the daylight. How the fuck can these so-called vampire twats walk the halls and attend classes? Hello! Sunlight comes in through pretty much every fucking classroom window at a school.” Einstein shakes her head. “Oh, I don’t believe they’re like you, Bella. But they must be doing something to be able to walk around during the daylight. And I don’t think they’re wearing sunblock.” I nod in agreement. “There are very few ways vamps can move around during the daylight, but nothing they can do on their own. They need . . . outsides sources, if you will. And damn sure not fucking sunblock.” And . . . Einstein fucking smiles. The little bitch knows she’s got my attention now. “I’ll give you some of my clothes and shoes. I think we’re the same size.” I glare at her now. “If you’re fucking lying to me about this, Einny, I’m going to take you and offer you as a free meal to other vamps.” But . . . I can tell she’s not lying. I just don’t want to stay here in this fucking village is all. “Fine, I’ll go to school with you on Monday morning. Fuck!” Einstein smiles. “That means you’re also spending the rest of the weekend with us. Guess you’d better head back upstairs, then . . . Bells. Good night . . .” I give her a dirty look and raise my middle finger before I turn and head back upstairs. Martin’s awake when I enter his room again. Yeah, he knows I was about to leave him sad and lonely. I need to fix this – fast. I get naked again, climb back into bed, and we screw some more. Might as well occupy my time since I don’t really sleep, and Monday is several hours away yet.