Ep.51 – Photosensitive - You're the Focus of a KILLER on Halloween Night! 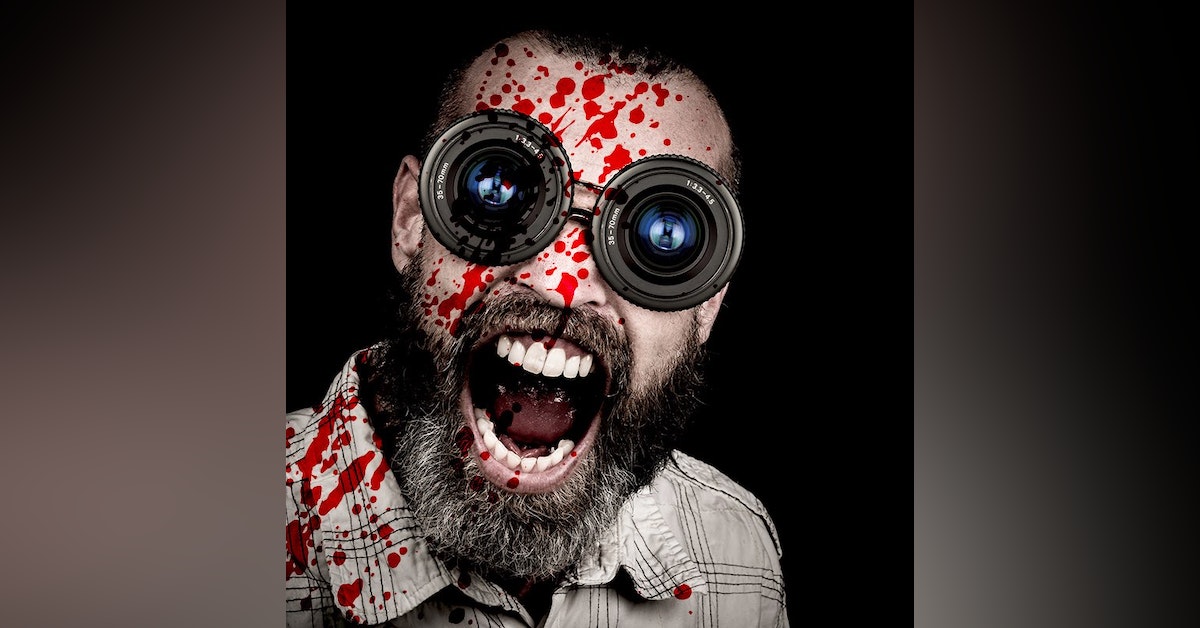 A new house brings a new lease on life until mysterious photographs begin showing up on the new owner's cell phone... but that isn't the only thing happening at night while she sleeps!

Later that night, Lacey washed up for bed. It was fun having her sister around. After living alone for so long, it was good to have someone to talk to. She hadn’t realized how lonely she actually was. Simone had passed out halfway through Chopping Mall. Lacey left her on the couch, even though they had set up one of the spare rooms for her.  She crawled into bed and checked her phone. No new messages. She really was lonely. She decided she would try to be a little more outgoing and make an effort to meet someone. It didn’t have to be romantic, just someone to watch movies with or something. She placed her phone on the night stand and closed her eyes.